After watching one of the best Netflix movies' of all time in “Hustle’, my wife and I watched “The Man From Toronto” a few days later. This movie stars Kevin Hart and Woody Harrelson.

I like Woody Harrelson a lot and Kevin Hart has become just ok to me. Woody is a hitman and Kevin Hart plays the same character he plays in every movie he is in, a down on his luck doofus who just rants and raves while trying not to lose his wife and prove something all at the same time. 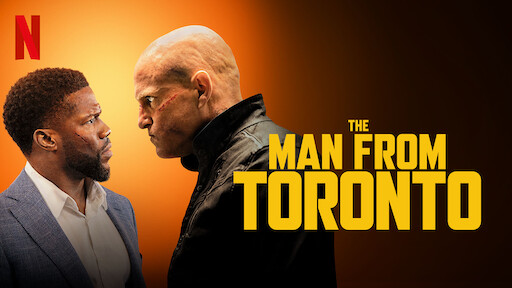 Hart has become like Ryan Renyolds and Will Farrell. They just play the same character over and over again. More power to Kevin Hart. Congrats on all of your success, your comedy is just not my thing.
Back to the movie, Kevin Hart has to pal around with Woody to do hitmen stuff and it just stays bad. Woody could not save this stinker.

I actually feel asleep with about 20 minutes left. My wife was the exact opposite and made it about 20 minutes into the movie before snoozing off. The next night I vowed to finish it and I found myself being mad. I was actually mad about finishing the movie but I wanted to make sure I gave it a fair shake before I tell you to avoid it. Now that I finished it I can say “Avoid it!”

I give this movie a 560 credit score. Quicken wouldn’t even pre-approve this one.

Jeff Bezos really does know what he is doing. Amazon Prime put the movie “Cold Skin” in front of me...

Confession. I'm watching any movie Adam Sandler puts out. I don't care how many stinkers he has, I...
© 2022 VanDyk Mortgage Corporation All rights reserved.
HubSpot CMS Theme by Sprocket Talk