Home Team tells the story of Sean Payton after he got suspended from the NFL for a year. He goes on to coach his kids middle or high school team. I’m not sure which. It seems to also be a true story. I looked that up because I had no clue any of that happened. I haven’t watched Sports Center in years so I’m sure I missed the month long nonstop coverage of it. Anywho, it had Kevin James in it and it was an Adam Sandler production so I’m watching no matter what.

Gonna keep it real here, it was just ok. It was hard for me to take Kevin James serious as a hard nose football coach. I guess Sean Payton is a d**k in real life because he was one most of the time in the movie. 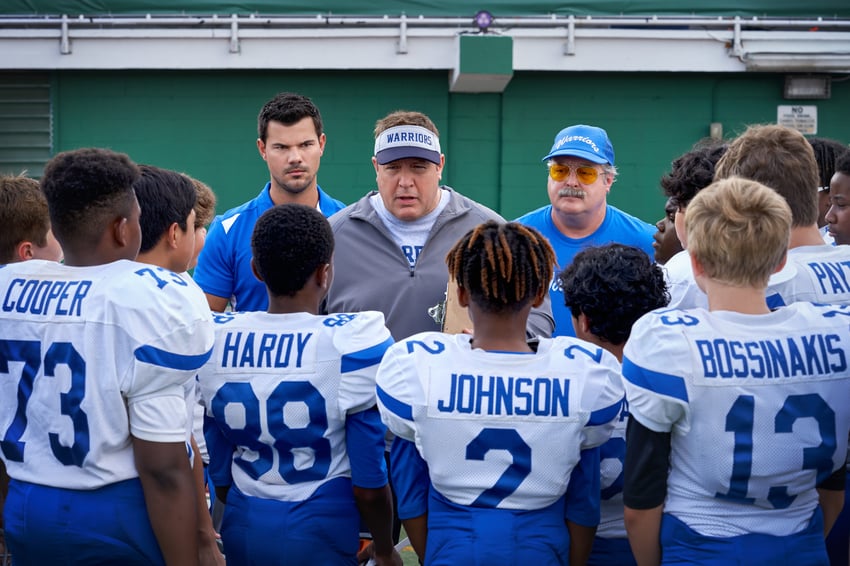 There was a sweet Stand By Me throw back when the whole team starts barfing on the field. The hotel clerk was pretty funny and of course Rob Schneider shows up.

It was worth watching if you have nothing else going on. You won’t hate it.

I give Home Team a 680 credit score but know it will drop to a 660 next week since they missed two payments and maxxed out their Lowes card.

TIMDANGO MOVIE REVIEWS: INTO THE SPIDER-VERSE

Over Christmas break, I got to take my two sons to watch Spider-Man “Into the Spider-Verse” while...

One fateful October day when I was 7, I was at Walmart with my parents, staring at a Batman costume...

Zero chance I was missing this. Predator shows up in the 1700’s to fight Comanches and anything...
© 2023 VanDyk Mortgage Corporation All rights reserved.
HubSpot CMS Theme by Sprocket Talk