Dishing With AmiJo of Brookes Restaurant

It’s been a hard time for restaurants. While the pandemic has been hard for everyone, it’s devastated the restaurant industry. I don’t think we realize how much these places mean to us until suddenly we can’t go to them anymore. Recently, I started doing Facebook Live videos to spotlight great people and places in the Fort Myers community. At the top of my list was AmiJo Beecroft of Brookes Restaurant.

AmiJo and her mom, Sissy, run this Fort Myers staple. It was a lot of fun to talk to AmiJo and see all the great comments from people who love Brookes as much as I do. Here are a few tidbits from that conversation. 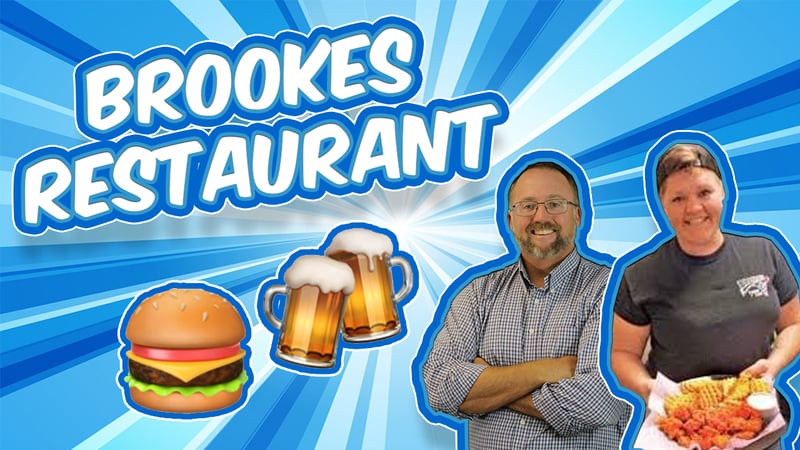 The Backstory of Brookes

Brookes has been around for a long, long time. I’m 43 and I used to go into Brookes when I was a teenager! It's locally owned and operated, and a few different families have run the establishment. AmiJo and her family are the third owners of the restaurant, and AmiJo’s grandmother, Dallas, is the soul of Brookes.

“She was a spitfire,” AmiJo said. “Before Brookes, she was a bartender around town. We still carry her spirit here. Firm but fair, that’s how she was. But a real goofball, too.”

When I asked AmiJo for a story about Grandma Dallas, she shared a tale that proved just how much of a goofball her grandmother really was. I’ll direct you to the video over on Facebook for that wild story.

The Secret to Success Through the pandemic and statewide shutdown, AmiJo and the Brookes team were waiting for updates, day by day, like everyone else. But even when things were uncertain, they managed to innovate and switch to curbside pickup. I didn’t realize how different preparing food to-go was compared to preparing food for customers dining in.

“It changes the whole way you run your business,” AmiJo explained. “It changes the way you do your orders, the way you prepare your sides, everything. It all changed overnight. But by the second day, my staff had made it work. They’d noticed what we needed for efficiency and what people were waiting for and adapted to it literally overnight.

“We've been bobbing and weaving with the times. But it’s really cool what we’ve got going on here. We’ve got the best staff that’s ever been made. They don’t need to be micromanaged … It takes a few tries to work out the bugs, but for the most part, we’ve been leaning heavy on our people, and they come through every time.”

What do you recommend? When people think of Brookes, they usually think of Sissy Nuggets, named for Sissy Beecroft. Though, if you're like me, then you might still call them “Susie Nuggets,” which was the name of the previous owner. It’s only been 15 years since the name changed, so I’m sure I’ll finally get it right eventually. 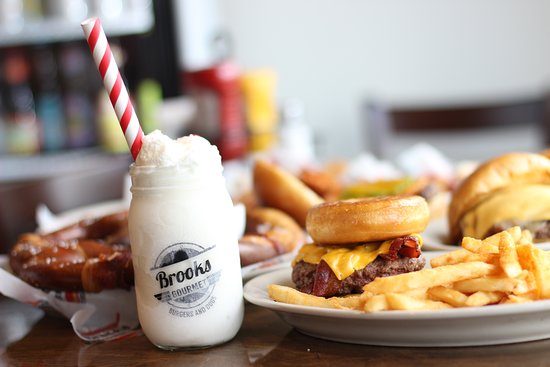 AmiJo confirmed that the Sissy Nuggets are the most popular thing on the menu. This doesn’t surprise me. When my family ordered Brookes for carryout, my wife and kids were all demanding Sissy Nuggets and waffle fries. But if you’re ready to get out of the Sissy Nuggets box, then AmiJo recommends the burgers too. Try the Flame Burger if you want a little spice. Their pot roast is also “ridiculous good,” to quote AmiJo. I didn't even know they had pot roast before talking to AmiJo, so that's something I’ll have to try in the future.

Looking to the Future In May, restaurants were allowed to open up to 25% capacity with outdoor seating. Brookes opened up to that capacity, allowing them to have 38 people in the building. Even as things started to creep back to normal, AmiJo and Brookes didn’t stop innovating. They tracked down a tent for the parking lot so they could have outdoor seating and serve more customers.

“Everyone here is made of sugar,” AmiJo explained. “Getting rained on would be detrimental to our health.”

During our interview, AmiJo also teased that Brookes might be able to do events in other locations, such as Tampa. She didn’t elaborate, so we can only speculate as to what Brookes has in store for us.

It was really good to connect with AmiJo and shine a spotlight on such a valuable place in our community. I was glad to hear that one of my favorite restaurants is doing well. AmiJo expressed a lot of gratitude to the community.

“It’s really cool to see in times of adversity, our community stands up for those who need it,” she said. “We’ve received a crap ton of love and support. Big thanks to everyone who has been there for us during this weird time.”

This interview was also the first time I was able to break some big news, which was awesome. I couldn’t get AmiJo to tell me more about what the future has in store for Brookes, but my money is on a food truck. Make sure you follow Brookes Restaurant on Facebook to stay informed about their status and their future big announcement.

If you haven't already, then make sure you’re following my Facebook page at Facebook.com/TimHartJr. That’s where you can find my full interview with AmiJo and all the Facebook Live videos I’ve done recently.

My wife rented this from Redbox the other night and I was happy she did because I really wanted to...

Tales From The Comedy Club with Captain Brien Spina

I am a huge fan of comedy and have been my whole life, so I was pumped to have the founder of the...
© 2021 VanDyk Mortgage Corporation All rights reserved.
HubSpot CMS Theme by Sprocket Talk