Kurt Russell and Goldie Hawn were good in the movie. The villain of the movie was a kind of annoying to me and his story line was kind of goofy. I can’t explain why they villain annoyed me. He just did.

The one thing I learned during the movie is that there is a character called Yule Cat. In the movie it is a huge snow lion type of animal. Yule Cat is actually an legend in Iceland and it is pretty freaky. 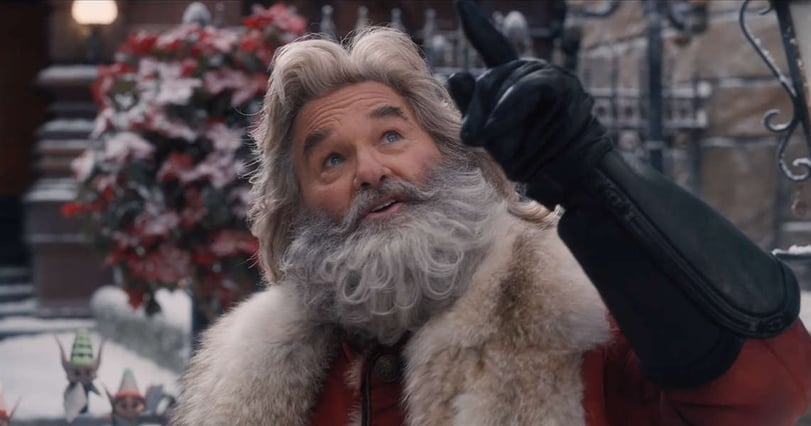 Here is the info I copied from some website.

“Yule Cat known as Jólakötturinn is an enormous feline monster that roams the countryside in Icelandic tradition during Christmas time. Size of this creature ranges from being larger than a human to towering over houses and trees, and it's eyes glow in the darkness with an inner light. Otherwise it resembles a normal cat, although in some artistic depictions you can see Yule Cat with small horns. With its powerful claws and sharp teeth it can easily chop human adults into bite sized chunks. Little children it was able to swallow whole.

Yule Cat is active during Christmas time, when it may even travel to towns and cities. After Christmas eve it peeks inside windows to see if children have earned new clothes as presents. This seems to act as some form of limitation. If a person had been hardworking and active enough to receive new clothes, they would be safe from Yule Cat's hunger. Had they been lazy, the cat was free to first eat their Christmas meal and afterwards the person themselves”

Anyways, I thought the movie was OK. I asked all three of my kids what they thought and all of them said they liked it.I gave Part 1 a 680 credit score and I will give Christmas Chronicle 2 the same score just because you don’t have many options with new movies.

Christmas is about the kids and family so watch it with your kids.

I’m always on the lookout for a new movie during any holiday so I wanted to check out The Christmas...

Hurricane season is here again. As always, we prepare in Florida for this time or just wait until...
© 2021 VanDyk Mortgage Corporation All rights reserved.
HubSpot CMS Theme by Sprocket Talk