I got a chance to sneak away Sunday night and watch “Joker” with Joaquin Phoenix. Being a huge fan of Batman as a kid, the Joker was always my favorite Batman villain and I was really looking forward to watching the origin story of the Joker. I saw some bad reviews on this along with some people that loved it which confused me.

My friend, RJ Dean gave me some good advice. He told me to not expect Dark Knight Joker or anything superhero like. This is a true origin story of a villain with no real super powers. I thought this movie was awesome.  I can see where some people thought it was slow in the beginning because it took a for the story to build, the 2nd half of this movie was some of the best you will see. Personally I  thought the 1st half was really good because I enjoyed the character development.

It was also refreshing to watch a superhero genre movie without CGI and corny catch phrases. Just the hardcore story of how Arthur Fleck became The Joker. 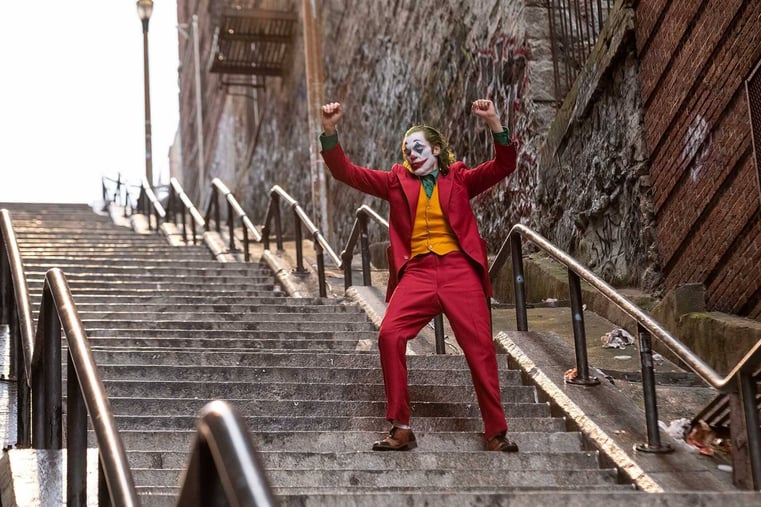 Joaquin Phoenix should win whatever award he is supposed to win as Best Actor. One thing that is really cool about this story was that, his character stood on it’s own. He was just as good or better as Jack Nicholson or Heath Ledger. All three played the role in their own way and all three were amazing. I would not argue with anyone on who was the better Joker. But I think all three were awesome and unique. I will argue with anyone that Jared Leto as Joker in Suicide Squad was horrible. Leto really should have to write on the chalk board 100 times “I’m sorry that I sucked as Joker”

FYI- There are no post scene credits for this movie. That is what I heard so I walked out. Let me know if I missed something.

Anyways, if you are a fan of the superhero genre or enjoy drama/suspense this movie is a good one and I highly recommend it.

TIMDANGO MOVIE REVIEWS: INTO THE SPIDER-VERSE

Over Christmas break, I got to take my two sons to watch Spider-Man “Into the Spider-Verse” while...

My wife rented this from Redbox the other night and I was happy she did because I really wanted to...
© 2021 VanDyk Mortgage Corporation All rights reserved.
HubSpot CMS Theme by Sprocket Talk