My family and have been waiting for this movie. By family, I mean myself and two boys. My wife and daughter went to hang out. We watched this in a theater which was pretty packed for all these so called COVID protocols. I was happy to see it and anyone that knows me knows that I think we should get back to normal right now. OK. Off the soap box. This review is going to be filled with Spoilers so you will want stop reading after this paragraph. I’ll fill you in on the summary, it was just OK.

Before I complain about the movie, I do want to say that I enjoyed the Kong vs Godzilla fights. I still think Godzilla would wax Kong pretty quickly but the movie did a solid job of making you think that Kong would have a chance. The conspiracy theory guy was my spirit animal and I really loved his character. Those are the nice things I can say. 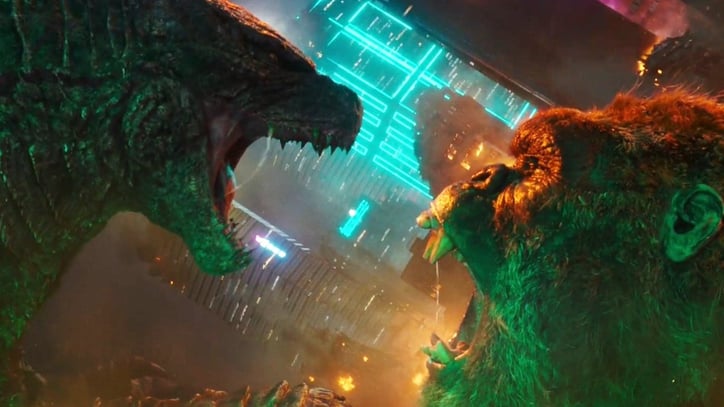 Now I need to complain. This movie missed the mark. I loved the story lines they were creating from the last Godzilla and Kong movies. At the end of Godzilla you have all these other Titans surrounding Godzilla while bowing to him. The end credits show all these amazing things happening on Earth from these Titans being around. The same movie set up the Hollow Earth theory as well. The Titan lore is what I was most excited to learn about. Where did they all come from? Why are they here? What was their past like? Etc. This movie whiffed on all it.

I’ll start with the hollow earth. Godzilla would have killed Kong in the ocean in real life. Movie would have ended in the first 30 minutes on the way to the Hollow Earth. How does Kong also bounce ship to ship and not crush them? I walk on a roof tile and it cracks. Not buying it. Anyways, I was complaining about Hollow Earth…..They didn’t spend enough time there. They fly in and Kong wrecks some flying bird thing which was awesome. That was basically it. The group ends up following Kong across the Hollow Earth to the cave where a Kong sat as the king. That is what the movie implied. Next thing you know Godzilla is blowing a hole thru the planet and ruining the homecoming. It was disappointing not to learn more about the history of Kong. Were there any other Kong's running around? How long have they been in the Hollow Earth? They lied to him and said his family was down there. Maybe they were but we never know because they spent 7 minutes there. Instead we got to watch some huge bats eat humans. Bummer.

So Kong goes up the new tunnel to fight Godzilla and they bring out this stupid Mega-Zilla. This thing was so dumb. Looked like a Dino Bot from back in the day. The whole Mega-Zilla plot line was very corny. Kids running around like Goonies and never getting killed, hurt or caught. Cornball. Again, my buddy the conspiracy dude killed it though.

I just don’t understand why more Titans didn’t show up in the movie. I don’t think they were mentioned. They could have cut out lots of the Mega-Zilla garbage if they needed more time. There wasn’t even an end credit to give me hope. Huge let down for me.

I have an alternate ending for them instead of that stupid metal thing. Kong and crew could have awoke a huge new Titan villain in the Hollow Earth. Battle ensues, Godzilla could have still blown a hole in the earth. New monster goes up the hole into Earth after beating Kong half to death and brings along a couple of his Titan pals from the Hollow Earth. Kong and Godzilla destroy them all and then become semi OK buddies that probably still get drunk and fight other once a year. Movie over. Timmy happy.

Instead we got this buzzkill of a movie.

I give this movie a 640 credit score because of the fight scenes between Kong and Godzilla. I will still watch any movie they put out.

I’ll just get it out the way up front. I loved this movie. Absolutely loved it! The story was so...

Did you like Saul in Breaking Bad? What if Saul turned out to be John Wick?
© 2021 VanDyk Mortgage Corporation All rights reserved.
HubSpot CMS Theme by Sprocket Talk