Boy did I mess up by never watching Yellowstone. I heard plenty of people talk about the show and recommend it but never got around to watching. My wife and binged all three seasons in September and we absolutely loved it and can’t wait for Season 4 this month.

I should have watched this show earlier out of respect for Kevin Costner. He starred in the greatest baseball movie of all time, “Field of Dreams, so he earned the view in my eyes. 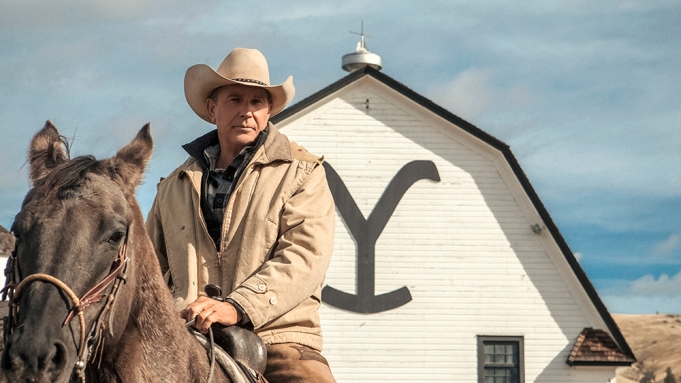 The show itself reminds me of a Redneck Game of Thrones minus magic and dragons. It is loaded with tons of political and family drama along with hours of violence. Mainly caused by Rip Wheeler.

Costner does a great job acting but Rip is the best character. Rip is played by Cole Hauser and is an absolute bad ass in the show. Probably should be in jail for like 100 murders but still a bad ass and awesome character. Kind of guy that you are friends with but you know at any minute he may beat the hell out of someone for taking his parking space or honking the horn at him because he took to long to make a right turn on his horse.

Besides the story and acting, the other part I loved was the scenery. I have never been to Montana but the views were unreal. I still don’t want to deal with their winters but it looks great!

I can’t recommend this show enough.

Jeff Bezos really does know what he is doing. Amazon Prime put the movie “Cold Skin” in front of me...

Confession. I'm watching any movie Adam Sandler puts out. I don't care how many stinkers he has, I...
© 2022 VanDyk Mortgage Corporation All rights reserved.
HubSpot CMS Theme by Sprocket Talk