Would You Swap Your Birthday?

My Answer to a Head-Scratching Question

A few weeks ago, I was shooting the breeze with a couple of buddies when an interesting question came up:

“If you had the choice to do it over again, would you rather be born today or stick with the birthday you already have?”

Man, what a dilemma! I was born in the late ‘70s, and I grew up in the early '80s. It was a wildly different era. There was no internet, no cellphones, and definitely no texting. Heck, I had to press 1 to make a long-distance call! I sent so many letters and left dozens of messages on my friends’ answering machines. 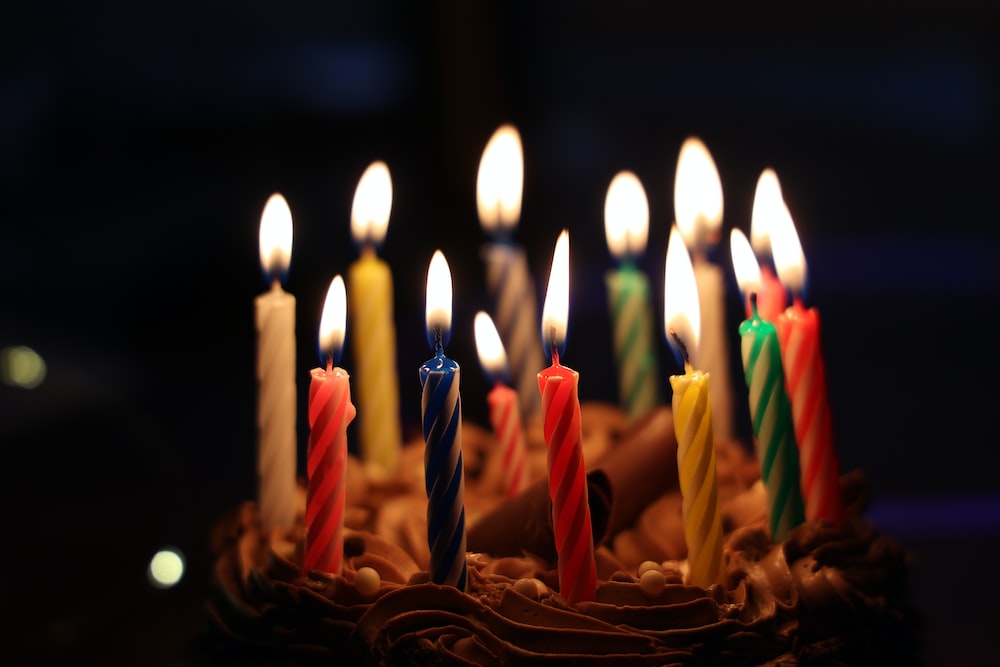 When you contrast that with today, the difference is hilarious. My kids have hardly even seen landline phones, and they don’t know what it was like to go all over the neighborhood rounding up kids for a game of Tecmo Bowl (we had to be in the same room to play — do you remember that?). With a quick text, they can get four or five friends together and jump online to play the same video game from all over town. I would have loved that!

I went deep on this question, and it took me a while to figure out my answer. Ultimately, I think I’d stick with my real birthday and grow up in the ‘80s. Instant communication is cool, and I would have loved the gaming options as a kid, but is that worth putting up with the hassle of social media and my parents tracking my cellphone? Heck no!

One of my buddies agreed with me that he’d keep his own birthday, but our other friend said he’d rather be born today because of the advances in technology and the opportunities we have now to connect with people all over the world. He said it would make running a business easier because he could work from anywhere, and he’d have a chance at going viral and getting a big breakthrough. Fair enough.

It’s kind of funny to me that two out of the three of us picked our own era, even though a lot of people might argue that things are “better” now. It makes me wonder what my dad would say about that question — or even my grandaddy. Are we all nostalgic for the “simpler time” of our childhood? My granddaddy grew up without A/C, but maybe he’d look back and say, “Eh, things were still better then! You wimps today and your A/C. We used to be tougher.” What will my kids think about this question in 20 years? And what will their kids think after that? Maybe by 2050, this will be the “simpler time” everyone wants to go back to. Now that's a scary thought!

I was so curious about everyone else’s opinion on this that I threw out the “when would you rather be born” question on my Facebook page. Here are some of the responses I got: 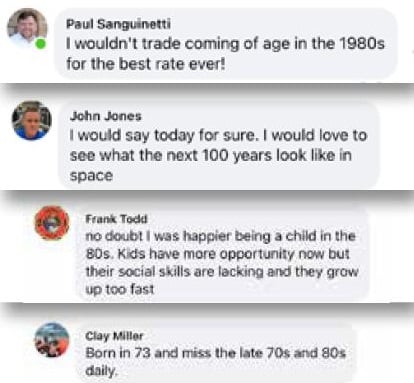 What do you think? Would you rather grow up when you did or right now? I’d love to hear your take the next time
we talk.

In nearly every case, your mortgage will be the largest debt you’ll ever have to manage. With that...

My Thoughts on College | Do You Need a Degree?