The Secret Is Out: College Is Overrated!

As you can see from the title of this article, I have a hot take for you this month: College is overrated! When I was in high school in the 1990s, kids weren't expected to attend college right after graduation — in fact, even going to college wasn't as common as it is today. Instead, society gave us the freedom to choose our next step and career path. But now, it seems kids don't have that choice, and they're practically expected to attend college regardless of their goals.

This flip-flop makes no sense to me because college has only gotten more expensive over the years. Back in the ‘90s, a four-year degree was pretty attainable, but right now the average college graduate is $30,000 in debt. I know adults with as much as $330,000 hanging over their heads because of college debt. That’s insane! If you get a job paying $75,000 a year with debt like that, the loan will never go away. It will be an anchor weighing you down for life. 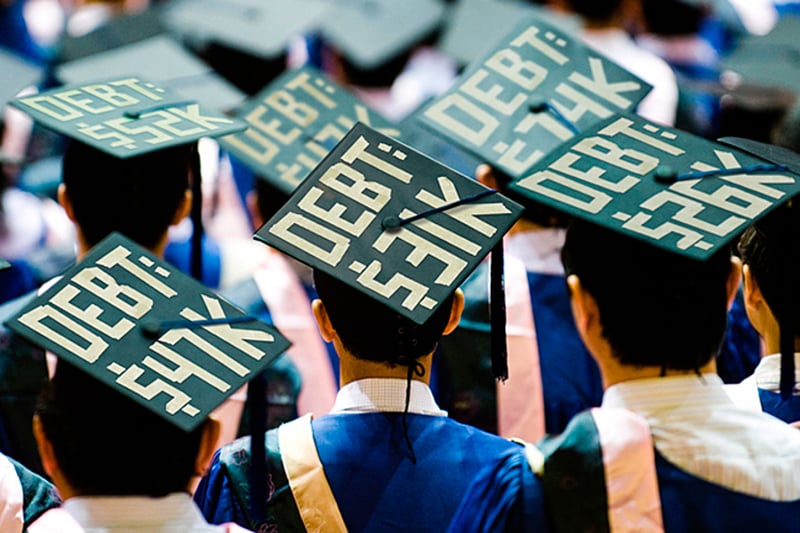 Now, before I get too deep into this, I want to say there’s nothing wrong with wanting to get a four-year degree. I actually think it’s a great idea if you want to become a doctor, a lawyer, or another specific type of professional. College can also help you build a great network you can leverage after graduation, and it looks like a pretty good time. (Honestly, the only thing I regret about not going to college myself is missing out on extra socializing!)

The problem for me is that a four-year degree is treated as the only option for today’s kids when there are a lot of other ways to make a great living. Some of the most successful people I know don’t have college degrees. Instead, they worked hard, learned a trade or skill, stayed consistent, saved money, and grew their money over time.

I’m happy to be one of those people who is doing well in life and providing for a family with just a high school diploma. I think I got away with skipping college partly because of the time I grew up in and partly because my parents knew getting As and Bs didn’t light my fire. I learned the value of hard work, competition, and achievement in high school instead by playing sports and spending time with my friends. Then, when I graduated, I went to work at the Publix grocery store.

While I was there, I realized the managers at Publix were making six figures working inside in the AC all day without degrees in their pockets. I thought, “Hey, I can do what those guys do!” From there, I got a job working in sales, then I got into the mortgage business. Now, I’m running an award-winning office (see Page 4 for those details) and making great money, all without a college degree.

I know my path is still possible for kids today because when I talk to my buddies who are living the good life as welders, mechanics, plumbers, or electricians, they all say their biggest problem is finding good help! A lot of them even work at companies that are happy to put kids through trade school or apprenticeships at no cost. Those kids come out of the process debt-free and with the ability to make a really good living over a long period of time.

My wife has a doctorate degree and doesn’t regret it, but we both agree college isn’t for everyone and you don’t need a degree to succeed. We’re not going to push our kids down one path or the other. Instead, we’ll make sure they know their options, find something they’re interested in, and get busy learning about it in whatever way they can. I hope if you have a recent graduate in your life, you’ll consider doing the same!

TIMDANGO MOVIE REVIEWS: I CAN ONLY IMAGINE

When my Grandaddy passed away years ago, my then girlfriend and now wife, suggested a song to me....

2 Tips To Help Get Your Offer Accepted

It’s no secret that contracts are hard to win if you are a buyer who needs financing. As a lender...